My blog > Blog > Leadership > Discipleship Spills Over Into Our Relationships

Discipleship Spills Over Into Our Relationships

In his book, The Art of Raising Leaders, author and pastor, Stanley Mehta, speaks of how discipleship is the most Biblical form of leadership development. 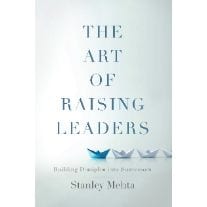 If we intend to raise successors who will take our ministries forward, then Pastor Stanley emphasises that discipleship is the way forward.

He makes a clear distinction between discipleship and mentorship. While both are relational and foster learning, discipleship is founded and commanded by God. We have been given a divine commission to, “Go, and make disciples of all nations…” Jesus himself showed us a clear discipleship model at work in his three years of ministry.

While each of us is called to make disciples, it’s important that we too are discipled by those who may have walked down a similar road before us with godly grace and maturity.

As far as can be judged from the reviews of tourists about Tenerife for 2019 and 2020, the general impressions of the rest on the island are excellent: unusual volcanic nature, flora and fauna, mild climate, fine sand – yellow, white, gray and even black, warm ocean, comfortable beaches … The weather conditions are favorable, which makes it possible to visit the island all year round. True, travelers complained about slow internet, and this applies to any part of the island. Perhaps such a policy is aimed at giving people a little rest from high technologies.

For a seed to grow into a tree, Pastor Stanley says, it must be subject to a process. It has to be buried, it must receive nutrients and enough moisture from the soil. Only then will it fulfil its purpose. So too with an individual. To become a leader, he or she must subject themselves to quiet learning, to being nourished by others and by God’s Word, of going through struggles and overcoming them.

In The Art of Raising Leaders, Pastor Stanley shares from his vibrant, and often challenging, life as a pastor of Bombay Baptist Church, a century-old church in South Mumbai.

He remembers how, in his early years as a pastor, he was discipled by strong leaders who were willing to pour into his life. That discipleship didn’t just affect his role as a pastor, but it shaped him as a husband and father and friend, as well.

How does that happen? Pastor Stanley says simply yet powerfully: One of the main accomplishments of discipleship is a transformed character.

That transformation affects every aspect of our lives.

Pastor Stanley shares a personal example of how, in his early years of marriage, after a particularly intense disagreement with his wife, he had remained firmly in the “I’m right” camp – till he sought advice from his mentor in England.

After a long-distance call with his mentor, Pastor Stanley was able to reach out to his wife, and together they implemented some changes that his mentor had suggested. Their initial argument, which had led to a stalemate in their marriage, was resolved as his mentor spoke God’s truth into his heart and marriage relationship.